I will use the authority of the Office of Minnesota Attorney General for the good of the citizens of the State of Minnesota and the United States of America.

The attorney general has broad powers at common law:

As the chief law officer of the state, the attorney general possesses all of the powers inherent in that office at common law . . . the attorney general may institute, conduct, and maintain all such actions and proceedings as he deems necessary for the enforcement of the laws of this state, the preservation of order, and the protection of legal right . . .

I will support the rescission of fines imposed upon businesses due to the forced closure of businesses by Governor Walz.

I will also support lawsuits by on or behalf of bankrupted and/or harmed businesses due to the forced, coercive, closure of businesses by Governor Walz.  Legal authority supports the claim that under the 5th Amendment due process clause, that this constituted a taking by the government.  Moreover, from the evidence, the absolute infinitessimally small likelihood of death from COVID, made the closure of businesses unnecessary.  Further, the closure of businesses was destructive, and cruel.  Courtrooms require actual evidence not simply unsubstantiated commands.

Never before in the history of the United States of America has any government entity, let alone one sole Governor, ever ordered the closure of businesses for more than a few days.  This is possibly the most destructive acts of government against its own citizens in the history of the United States.  The closure of businesses, restaurants, gyms, and salons, etc., by Governor Walz was destructive, coercive, and oppressive.  Moreover, the evidence supports the argument that the business closures were unnecessary.

The fomenting of racial hatred needs to cease.  I will bring lawsuit(s) to require the cessation of the spewing of racial hatred into the public airways, and in our schools.  One and 1/2 years ago, in early 2020, we didn't have a problem with race relations.  The United States of America is not racist.  The vast majority of white people in America are not racist.  We recently elected a black man as the President of the United States.  That could have only occurred with the support of a great number of white people voting for a black man to become President.  In early 2020, people of different racial make-ups were getting along very well.  Interracial workplace scenarios were normal.  Interracial friendships were common.  The filling of our public airways with racial hatred must be required to cease.  It is dangerous.  It is going to cause people to start killing each other.  It appears that there is a faction in the world who actually want to ignite a race war.  Is this what you really want?  If not, then you must work to stop it.  This is terribly wrong.  Most white people are not racist.  This spewing and fomenting of racial hatred must be stopped.

In addition, Martin Luther King, Jr. stated that people are not to be judged by the color of their skin, but rather, by the content of their character.  I agree with Martin Luther King, Jr.  The attack on a group of people, because of the color of their skin, whether it be white, black, red, brown, yellow, is wrong, and, unconstitutional.  It can be prohibited, and, should be prohibited.  The small percentage of society who want to foment racial hatred must be stopped.  Their message is destructive.  This is not constitutionally protected speech.  Rather, it is dangerous, harmful, unprotected, speech.

In addition, the question must be raised:  Why do some 20, 30, and 40 something white American males hate themselves and America?  It is unhealthy to hate yourself and your country.  It is not normal.  If you feel this way, you have been mis-taught.

In addition:  it should be noted that people do not break into tyrannical countries; rather, they flee them.

I am calling on Black Leaders and Leaders of people of color communities. Please lead your community. The movement to obtain reparations, and, the promotion of hating of white people, etc., is counter-productive and not beneficial to race relations. It is destructive and dangerous.  This movement is probably driving a wedge between the Black Community and of color community and non-racist white people.

We need to work to all get along, regardless of what race we belong too.

I will bring lawsuit(s) to prohibit mandatory COVID vaccines.  As noted, courtrooms require evidence and actual proof.  The evidence is that even if people acquire COVID, they have a 99.997% chance of survival.  The evidence is that only 10% of American contracted COVID.  That means 90% of Americans will never even get COVID; their natural immunities protect them from even getting COVID.  Moreover, even if a person gets COVID, they are likely to recover.  Accordingly, the evidence is that vaccines are not even necessary.  Moreover, the vaccines haven't even been sufficiently tested.  All employers, and businesses, and the government, must be prevented from requiring vaccines.

If people want to get a vaccine, of course, they can do so.  And, if the vaccine works, then they will be protected from others who have COVID.  Correct?  If they have been vaccinated, and the vaccine works, then the vaccine should protect them from COVID.  So, they do not need to worry about others.  And, if the vaccine doesn't protect them from COVID, then, the vaccine is ineffective and there is no need to be vaccinated.  Mandatory vaccines in these circumstances is unconstitutional and must be prohibited.   In addition, contact tracing must be prohibited; it is a violation of privacy.

I will work to promote Voting Security.  As Minnesota Attorney General, investigations can be done to investigate voter security.  As Americans, we have a constitutional right to vote. This also necessarily implicitly requires that votes be valid, and that each person's vote is counted 1 time.  I would investigate:

The investigation needs to establish that the machines are working properly, or, that they are not working properly.  This is required by our constitutional right to vote.  We also need to return to paper ballots.  We need actual evidence that can be kept and counted.  Other voter security measures also need to be implemented.

Protect the Second Amendment Right to Keep and Bear Arms

Justice Scalia recognized that there are 3 main reasons for the 2nd Amendment.  The first is so that we can engage in self defense, defense of family, defense of property.  The other two reasons are more surprising.  The second reason is so that the American citizenry can aid the military in the event of an attack on the homeland of the United States.  The word Militia is IN the Second Amendment; therefore, it CANNOT be a bad word.  For the past 50 years or so, the anti-gun movement has tried to brainwash us into believing that the word Militia is a bad word.  It cannot be a bad word.  What this all reveals is that the American Citizenry IS THE MILITIA.  We are the Militia.  It is not some small group of crazy people.  We are supposed to all have firearms and ammunition.  Indeed, in the 1600s, Americans were required to have sufficient firearms and ammunition, or they were fined.  Americans were required to bring firearms to public meetings and to church.  The third reason for the Second Amendment, as set forth by Justice Scalia, is so that we have the ability to defend ourselves against governmental tyranny.  It also deters governmental tyranny.  Oh, sounds pretty extreme, right?  No.  Actually, history, if studied, has repeatedly shown that when governments have disarmed their own citizens, that many times, it was followed by the slaughter of millions of its own citizens.  It is also worth noting that if a purpose is to be able to defend ourselves against governmental tyranny, then we have to be able to have the same sort of weaponry possessed by our government.

I would support our ally Israel.  Israel is one of America's greatest allies in the Middle East.  We share common values with Israel.

Investigate and prosecute malfeasance in office

I would also investigate those responsible for the malfeasance in office regarding the loss, to so called error or fraud, of $300,000,000 million dollars by the Minnesota Department of Human Services.

We need to remove Keith Ellison from government.

I am the person to beat Keith Ellison. 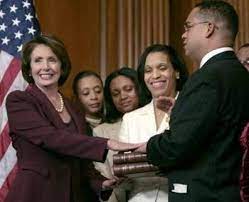 Keith Ellison has been touted as the first Muslim elected to Congress in the State of Minnesota.

Keith Ellison has been tied to Louis Farakhan.

Keith Ellison has been tied to CAIR, the Council on American Islamic Relations.

CAIR, the Council on American Islamic Relations, was a named, unindicted coconspirator in the Holy Land Foundation in Texas.

There are approximately 21 other State Attorney Generals who are suing President Biden for shutting down the pipeline. My choice would be to join their lawsuit.

There is a proverb that says that it is the hand of the diligent that maketh rich.  There is another proverb that says that if a person does not work, he does not eat.  A person needs to work, and work in a diligent fashion, to make a decent living.  Failure to do so will result in poverty.  A person also needs to live in accordance with proper values in order to prosper.

It is a crime to damage property.  It is a crime to steal.  Rioting is a crime.  Looting is a crime.  It was wrong for Governor Walz to fail to bring in the National Guard until after the rioters had already burned down businesses and the police department.  It is wrong to de-fund police departments.  We should be grateful to our good law enforcement officers who are putting their lives on the line to protect ours.  The vast majority of all police officers are good police officers.  Thank you for your service!  Of course, as in any profession, there are some bad apples, who must be held accountable.

I will work to promote the well being of our veterans, their physical health, their mental health, housing, jobs, etc.  Our veterans protected our country, our values, our families, our lives, our well being.  We must also provide for their well being.  Thank you for your service!

I will work to protect schools being open full time, live, in person classrooms.  The decisions of Governor Walz harmed childrens’ daily lives, and, future careers. Additionally, children need to grow up around other children. They need to socialize. They need to make friends. They also need to progress in the classes, and advance from grade to grade. Having children home also interferes with parents' ability to work and make a living. Further, the actual data shows that even if people contract COVID, 99.996% of people have mild symptoms. This is publicly published information on the Worldometer. Moreover, billions of people will never get COVID. Accordingly, the threat of COVID is infinitesimally small.

I am an attorney. I am seeking the Office of Minnesota Attorney General. I have extensive experience and success as a lawyer. I have been working on behalf of people of color, people of all walks of life, and different races and religions, for over 30 years.  I now want to help the citizens of the State of Minnesota and the United States of America.

I plan to use the powers of the Minnesota Attorney General Office for good, and, to protect the constitutional rights of the citizens of the State of Minnesota and of the United States of America.

Created with NationBuilder – Theme by Tectonica